Imagine waking up one morning and going through your daily routine: shower, get dressed, coffee, grab your car keys—but you discover your car isn’t where you parked it the night before. All that’s left behind is an empty space and a sinking feeling in your gut that you won’t see your car again.

While “motor vehicles” as defined by the FBI includes vehicles such as motorcycles, buses and all-terrain vehicles, nearly 75% of motor vehicle thefts were automobiles. The average dollar loss per stolen vehicle was $8,886. 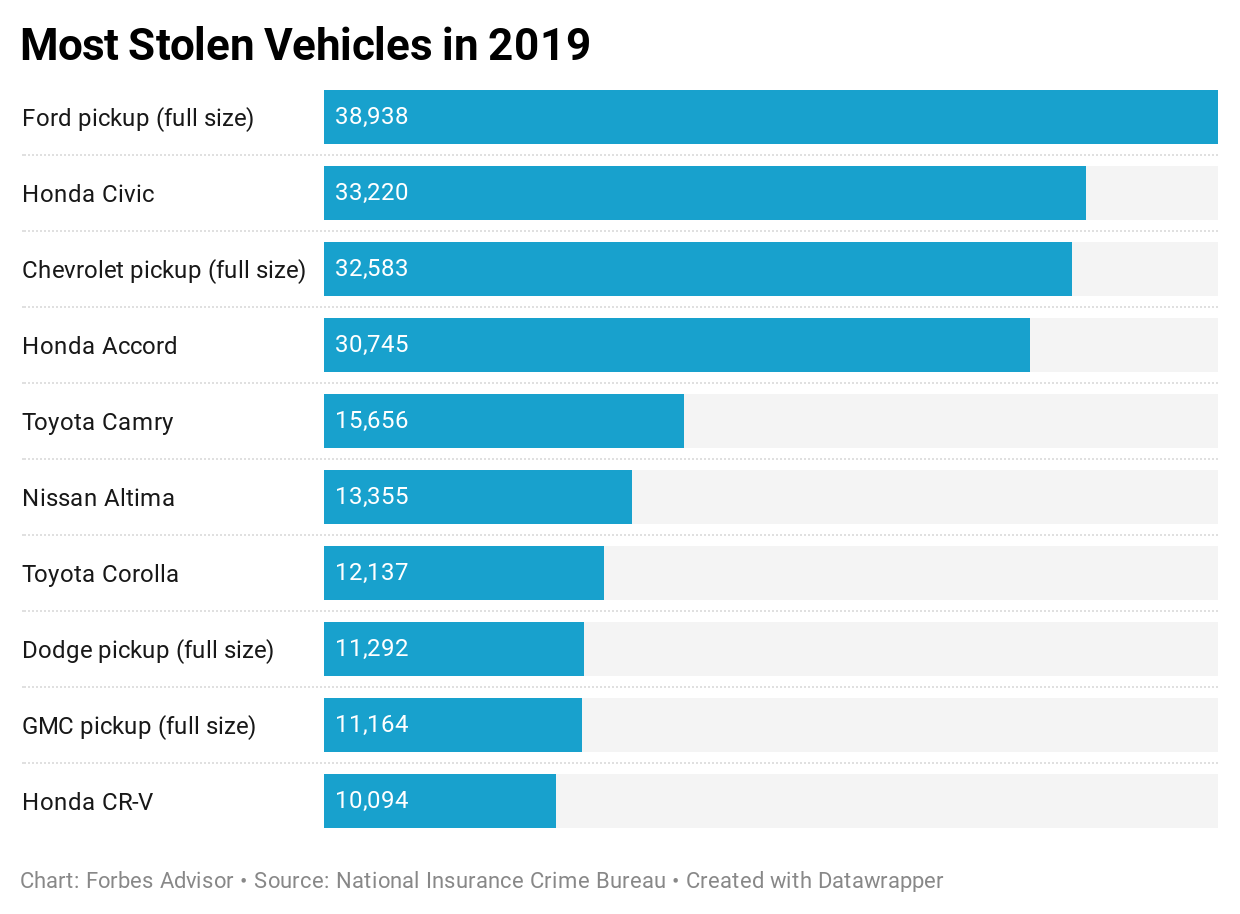 If you’re the victim of car theft, it’s nothing less than a shock. But not having the right type of car insurance would make matters even worse. Without the right coverage, you won’t be able to recoup your loss.

Here’s what you need to know about car theft and car insurance.

If you have a car loan or lease you’re likely required to have it.

Comprehensive insurance won’t cover personal items that are stolen from your car. For example, if your laptop gets stolen, comprehensive won’t pay to replace it. However, you generally have coverage for stolen items under condo, renters or homeowners insurance.

Another thing comprehensive insurance won’t cover is the cost of a rental car. You’ll be without a car until your claim is resolved, so it might be worth adding rental reimbursement insurance to your auto policy.

How Much Does Comprehensive Insurance Cost?

How Can I Prevent My Car From Being Stolen?

There are several things you can do to reduce the risk of your car being stolen. The National Insurance Crime Bureau (NICB) recommends a layered approach:

The first layer of defense is common sense. Don’t make car theft easy for the thief. A few simple precautions can reduce the likelihood of someone taking off with your car.

Use a Visible or Audible Device

The second layer involves adding some sort of anti-theft device to help deter a car thief, including:

The third layer involves installing a device that will prevent a car thief from driving off with your car, including:

Get a Tracking System

The fourth and final layer involves installing a tracking system that police or a monitoring service can use to locate your car if it is reported stolen. Some of these devices might use GPS and wireless technologies. For example, the LoJack Stolen Vehicle Recovery System uses a hidden transceiver which can be tracked by police and aircraft.

When you file an insurance claim for a stolen car, your insurance company will most likely investigate the theft. You’ll need a police report to make a theft claim.

Your claim could be assigned to your insurance company’s special investigations unit (SIU). A typical investigation might include obtaining the police report, speaking with witnesses, investigating the scene of the theft and a forensic analysis if the vehicle is recovered.

Additionally, an SIU investigator could contact you and ask follow up questions regarding the theft of your vehicle. You could also be required to attend an examination under oath, which is a formal proceeding where you are questioned by a representative of an insurance company in the presence of a court reporter and subject to perjury.

Your policy requires you to cooperate with your insurance company’s investigation. If you fail to do so, your claim could be denied. If your claim is under investigation, you may want to speak with your own legal counsel.