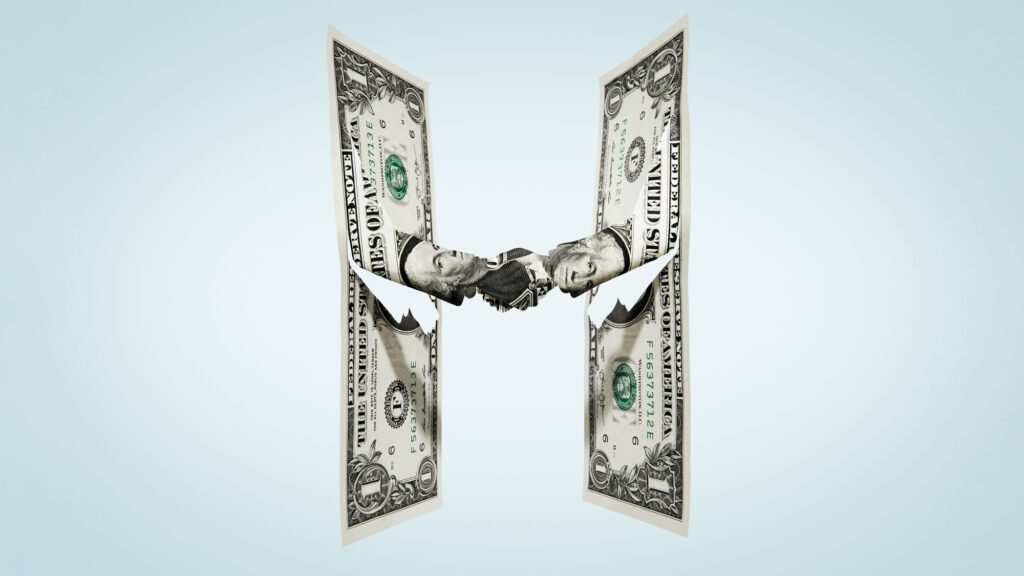 One of the building blocks of the U.S. retirement savings system is the employer match. If workers contribute to their retirement savings, 54% of employers will contribute as well, according to a recent report by the Plan Sponsor Council of America (PSCA). By helping people prepare for retirement, the match boosts the financial security of workers while giving employers additional workforce flexibility.

The recession threatens to undermine the employer match as we know it. According to a survey by the PSCA, about 25% of employers are considering suspending or reducing their matching. Such cutbacks would significantly reduce retirement savings, given that the most common match involves the employer contributing 50 cents for every dollar saved by the employee, up to 6% of pay.

These are tough times, but the current crisis presents an opportunity not to abandon the match but to reinvent it.

For companies struggling to pay their match, there are ways to reduce costs while motivating workers to save. And for companies not planning suspensions or cuts, the strategies can improve the impact of the match on savings behavior.

In this article, we will discuss two solutions that can improve the effectiveness and efficiency of matching dollars. The first is to implement a fixed-dollar match, such as $1,200 per employee. The second is to stretch out the match. For example, instead of matching fifty cents on the dollar up to 6% of pay, companies could give 30 cents on the dollar up to 10% of pay. To appreciate the efficacy of these approaches, it’s useful to understand the behavioral science that informs them, so we’ll begin our discussion there.

The Science of the Match

Evidence suggests that matches boost enrollment, typically by three to 10 percentage points. In one study, Yale finance professor James Choi and colleagues looked at a company that introduced a match. They found that the match increased employee participation by roughly five percentage points. Voya Financial, a leading retirement-plan provider (where one of us, Charlie, is CEO of Retirement and Employee Benefits), finds that participation is seven percentage points higher in plans that offer a match.

Another way in which matches encourage savings involves the match cap, which influences workers for at least two reasons: They don’t want to miss out on the employer contribution, and they might treat the cap amount as an implicit recommendation about how much to save. In another study, Choi and colleagues studied a company that introduced an employer match with a cap of 4% of pay. Within six months, almost a third of new participants chose 4% as their savings rate — a nearly six-fold increase. Among Voya plans, those offering a 5% cap have an average savings rate of 6.9%, while for those offering a 6% cap, the figure is 7.8%. Higher match caps generally lead to higher savings rates.

Although employees respond to the match and the match cap, they’re generally indifferent to the match rate, which is the number of cents contributed by the employer for every dollar saved by the employee. (If a company contributes 50 cents per dollar saved, it has a 50% match rate.) Why is that? There are no benchmarks to guide employees’ decisions, nor do employees have strong feelings about what a typical match should be. Research suggests that when there’s no benchmark against which to judge numbers, or when interpreting numbers requires effort, we tend to ignore them.

With these research findings in mind, let’s evaluate the current match formula. At the vast majority of companies, the match is set as a percentage; as mentioned, the most common formula is 50 cents on the dollar up to 6% of pay. This combination will nudge workers to save 6% — which usually isn’t enough for a secure retirement.

We suspect that a percentage match also fails to motivate some workers to participate. Many people struggle with numbers (and percentages in particular), which makes it hard for them to fully grasp the value of the match. As a result, some leave matching dollars on the table.

Let’s look now at the two approaches we’ve identified for improving the match formula for employers and employees alike.

The first is designed to get more people to save while also helping struggling companies reduce costs. It calls for companies to match a fixed-dollar amount rather than a percentage of pay. For example, a company could give all its workers $1,200 annually if they save at a sufficient level. That’s the equivalent of matching 50 cents on the dollar up to 6% of pay for someone making $40,000 a year, and it’s less than the typical cost of a current match.

A fixed-dollar match has this advantage: It’s clear and definite. Research by University of Oregon professor Ellen Peters and colleagues suggests that percentages often feel abstract and thus are easy to ignore. A fixed-dollar amount, by contrast, prompts us to think about what we could buy with that extra cash — a thought process that may make it harder to leave the money on the table. Psychologically, it’s easier to forgo a “6% match” than to pass up “$1,200.” And the fixed-dollar approach could be particularly helpful for lower-income workers, for whom the set amount would represent a larger share of salary.

The second approach is appropriate for employers that want to cut expenses in the present while encouraging workers to save in the future. It’s known as a stretch match, and while it’s not a new idea, it can help companies defer some matching costs while we’re in a recession.

For example, instead of offering 50 cents on the dollar up to 6% of pay, employers could offer 25 cents up to 10% or 15% of pay. In the short term, this could save them money — possibly half of their matching costs. And if workers adjust their savings rate to the match cap, they will be putting aside more for retirement. This would happen gradually and, ideally, as the economy recovers, which would be to the long-term benefit of workers, companies, and society.

One potential issue with the stretch match is that a high cap could demotivate workers for whom putting aside 10% or 15% of their salary seems impossible, especially now. So companies should encourage participation by using a gradual savings escalator, which automatically increases the savings rate by 1% or 2% each year until workers reach a recommended level. Such escalators have helped more than 15 million Americans significantly increase their savings rate.

By adopting one of these approaches, companies can demonstrate their commitment to the sufficiently funded retirement of their workers while keeping costs in check. Of course, these are not the only strategies that could help workers and employers, and they might not be suitable for all companies. We encourage those employers thinking about cutting or eliminating the match to consult with their plan advisers on ways to retain it in a more effective form.